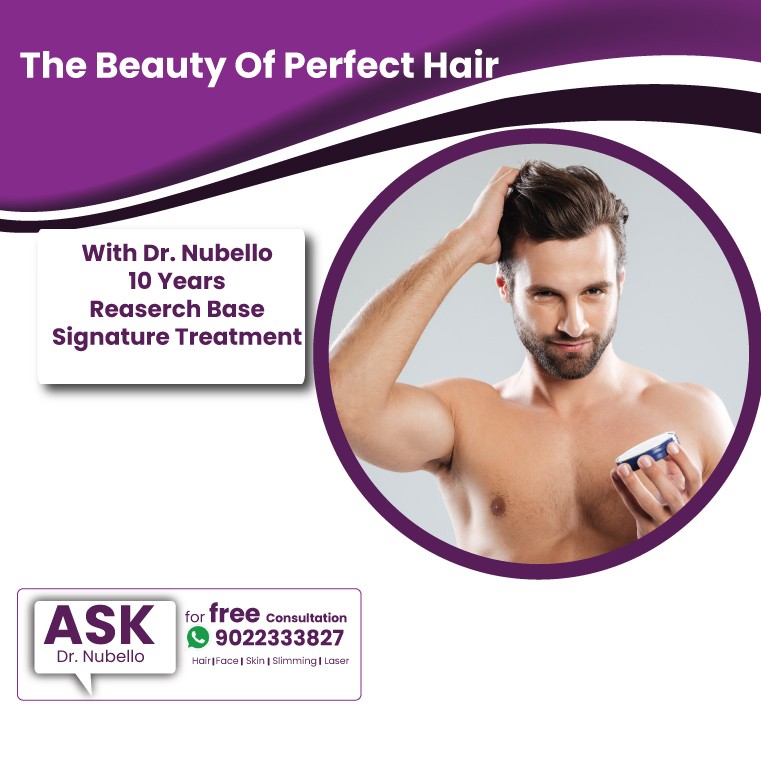 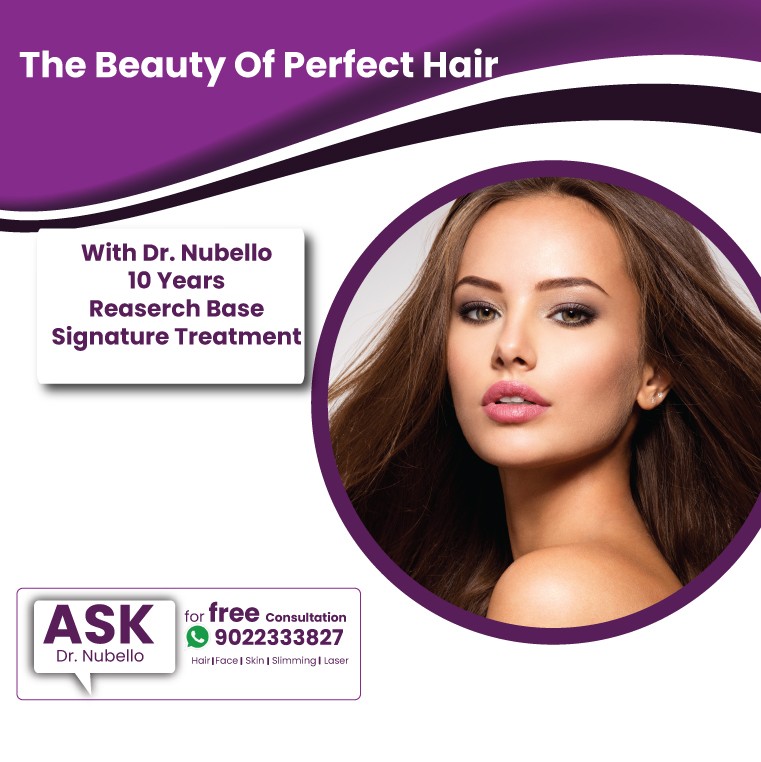 Hair loss- the globe’s most rampantly known hair problem. Hair loss occurs to almost 99.99% of men and women. The difference is between normal hair loss and an abnormal hair loss. 50-80 hair lost in 2 days is normal, but if the ratio increases so does the risk of abnormality. Hair loss is a typically characterized by loss of hair from a part of the head. Severe cases have led to balding where the entire part of the head becomes hair deficient. Sometimes hair loss occurs over the body due to hormonal changes. But when hair loss is discussed or talked about, it usually refers to the head region. We at Nubello, provide the best hair loss treatment in Navi Mumbai.
There are many terms, names, and types of baldness and hair loss. The most famous is Alopecia which is a classic Greek term meaning 'fox'. The reason directly correlates to the animal shedding its coat twice a year because of mange (a skin disease). 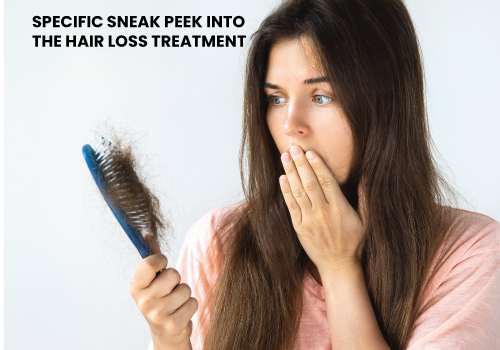 Hair though a rather neglected part of the body is considered to be the most important factor in grooming one’s personality as it adds a special seasoning to one’s looks. Imagining oneself without hair is quite depressing but when the hair loss rises it creates havoc in an individual’s mind.Hair loss can be due to wide ranging issues such as diet,weather etc as mentioned in the below info graph but fascinating factor is the severity of hair loss arising from different causes.

The growth of hair follicle occurs in a systematic cycle starting from a long growing phase which is known as anagen and then moves on to a transitional phase which is synonymous with catagen. It further proceeds to a short resting phase known as telogen. And afterwards it ends with a resting phase i.e. the hair fall which is known as exogen which leads to the start of the cycle again wherein the hair starts to grow again.

How to combat hair loss? Are there any hair loss treatments?

Before starting with any of the hair loss treatment, the patient is first tested for hair loss symptoms and causes. Usually there isn’t a difference in determining the cause of the issue with respect to male or female pattern baldness but it is drugs that is the root cause if it isn’t hereditary.

Before starting with any of the hair loss treatment, the patient is first tested for hair loss symptoms and causes. Usually there isn’t a difference in determining the cause of the issue with respect to male or female pattern baldness but it is drugs that is the root cause if it isn’t hereditary. 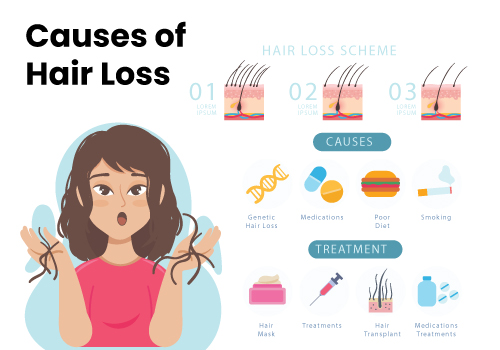 Other Causes of Hair Loss

Hair loss has many things involved. An underlying disease, bad lifestyle, lack of nutrition, after effect of chronic disease, rough hair treatment like usage of excessive chemicals and others cause hair fall. Only an expert hair doctor can provide a solution that not only helps in preventing hair loss but also improves hair growth. We at Nubello have doctors with more than 10years experience. And we are one of the top hair clinics in Navi Mumbai located in Kharghar. We at Nubello Aesthetics, ensure that our clients get the best of hair loss treatments, care and comfort. Our team of experienced hair surgeons make sure that you get the best hair loss treatments in Navi Mumbai.